A Brief History Of The Web

The world wide web penetrates every facet of our lives today, from how we connect with friends and family to deciding on what and where to purchase that new 80” TV from. According to WorldWideWebSize.com the Indexed Web contains at least 4.76 billion pages (Thursday, 01 December, 2016). But, the web wasn’t always so robust, before it become the billion page behemoth it is today the web started from humble connectivity beginnings . How did the world wide web start?

The idea and implementation of the world wide web started as a way to easily present and share data across a universal platform and language amongst physicists. Tim Berners-Lee identified the issue while working as a contractor at CERN (Conseil Européen pour la Recherche Nucléaire) during the early 1980’s. In the current situation, scientists used a variety of machines that could talk with each other through TCP/IP protocols, but nothing so universal as what Berners-Lee was about to develop upon his returning placement to CERN.

Shortly after Berners-Lee’s return to CERN, TCP/IP protocols were installed on some key non-Unix machines at the institution, turning it into the largest Internet site in Europe within a few years. As a result, CERN’s infrastructure was ready for Berners-Lee to create the Web (Segal, Ben (1995). “A Short History of Internet Protocols at CERN”. W3C.org). With the help of fellow CERN employee, Robert Cailliau, Berners-Lee built the foundation for a working Web: the HyperText Transfer Protocol (HTTP) and the HyperText Markup Language (HTML), the first Web browser, the first HTTP server software, the first web server and the first web pages that shared the project the two men worked on. 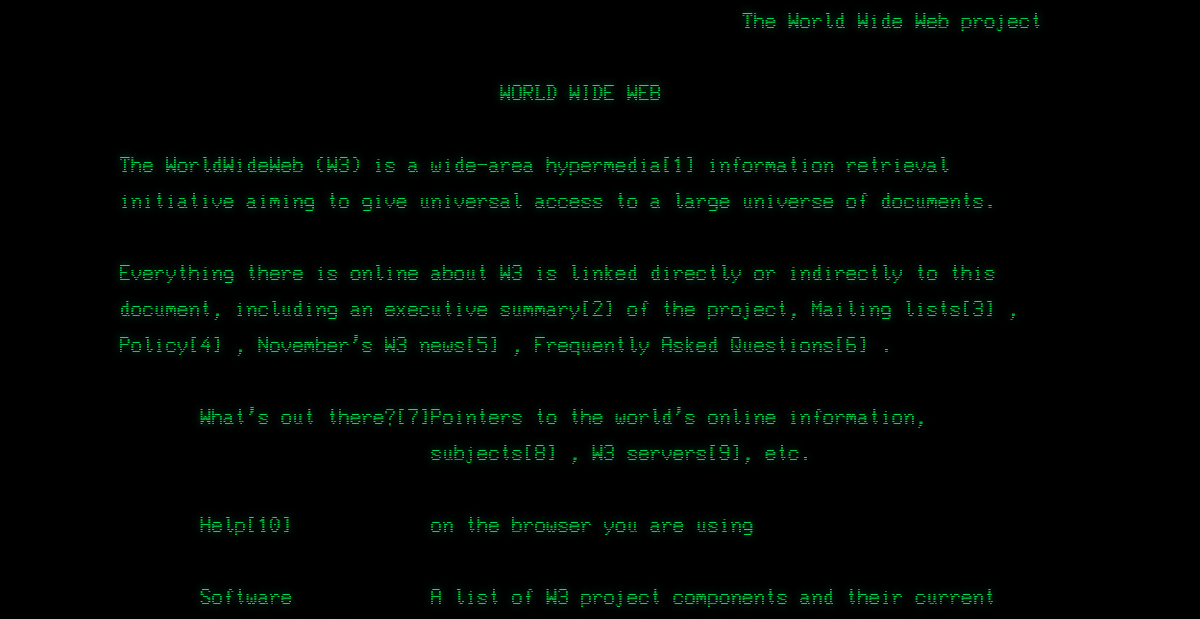 Use of Berner-Lee’s creation spread through scientific academia and began gaining traction as an effective way to digitally present, search and explore new information from remote sources. Throughout the early 1990’s web browsers developed quickly to optimize this technology and find new ways of refining how the information within would be presented to the end user. The refinement, now including integrated multimedia, fueled the rise of the World Wide Web as the de facto platform.

As web technology passed through the mid 90’s businesses began to adopt and use it for commercializing their products. The once humble information gathering and sharing tool quickly blossomed into millions of websites. Today, the web makes it possible for us to watch any show we could ever want through its connections on our 80” flat screen.