An Into to Python 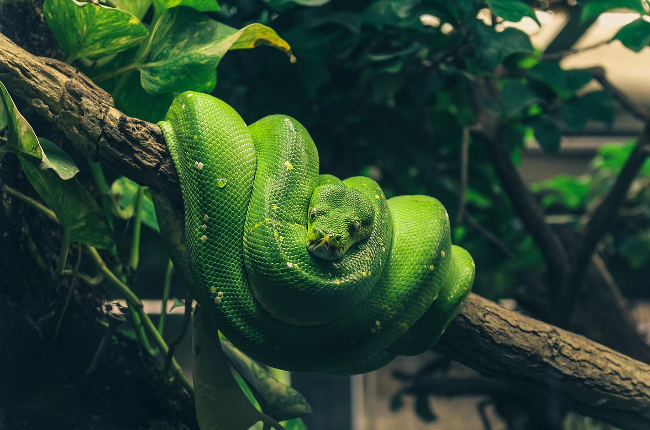 As it turns out, the high-level programming language, Python, is in fact comparable to the python snake. Granted, Python wasn’t named after the intimidating reptile, however, they both happen to represent convenience for a variety of reasons.

In essence, Python embodies cleanliness and ease-of-use because its syntax and formatting are quite minimalistic. By comparison, python snakes (and all snakes for that matter) epitomize time-saving adaptation because they have evolved over time to eliminate waste. Impressively, snakes have no eyelids and only one lung. Condensing and consolidating at all costs, they have internal ears and use their tongue to smell. The slithery beings shed all that is unnecessary, including their old skin!

You Get the Point Here: Convenience.

While we’re on the topic of convenience, let’s dive into our introduction to Python with no time to waste. This blog post is intended to teach you about the key characteristics that make Python so widely used and appreciated. We will also cover a smidgen of Python syntax.

Python is a free, flexible, and nearly-all-encompassing programming language that is exceptionally easy to learn. If you have coding experience, becoming proficient in Python will be a piece of cake.

An individual by the name of Guido van Rossum formulated the language and first released it in 1991. Guido must have had a great sense of humor because the name ‘Python’ actually comes from the British comedy crew, Monty Python! Yes, THE Monty Python of THE Monty Python and the Holy Grail!

As a matter of fact, Python’s name was strategically chosen to emphasize that one of language’s distinguishing traits is…fun! Python was built around the idea that software development should be straightforward and fun. Rossum was onto something because, the fact is, coding should be fun and relatively simple. Why make it complicated and messy?

Python exemplifies the antithesis of clutter. In other words, it is what some might call ‘user-friendly,’ as its syntax looks a little like the English language. Python was designed to be very easy to read and type, even for those who are new to software development.

Fun Fact About Python: Its approach, rationale, and principles are documented within an endearing piece of literature entitled The Zen of Python.

Excerpt From The Zen of Python, Written by Tim Peters:

“Explicit is better than implicit.

Simple is better than complex.

Complex is better than complicated.”

As mentioned previously, Python is a high-level programming language.

Now, you may be asking yourself the following:

What is a High-Level Programming Language?

You’ve got questions? We’ve got answers!

Definition of High-Level Programming Language: A high-level programming language is one that closely resembles a language spoken by people. High-level languages make it easier to code because they are more intuitive than low-level languages. For instance, in order to print something on the page using Python, you would use the function ‘print().’

One of Python’s Distinctive Qualities: It does not employ the use of curly brackets in order to define the boundaries of a block of code. White space and indentation are used as a substitute for curly brackets.

Another Unique Characteristic of Python: The programming language doesn’t have keywords.

RECAP: White space and indentation take the place of both curly brackets and keywords. Indentation is actually required while coding with Python.

Python strays away from unnecessary code. Everything is refined so no redundancy is possible.

To that end, Python is so widely associated with cleanliness and readability that its community coined the term ‘pythonic.’ ‘Pythonic’ essentially means simple, easy to read, easy to write, minimalistic, organized, etc.

Huge Advantage to Working with Python: You can use Python across multiple kinds of platforms. Python also supports various third-party modules, which makes development faster and less expensive.

Wait, another potential question is percolating.

What is a Module?

Definition of Module: A ‘Module’ is just a library composed of code and functions.

Another Huge Benefit of Coding with Python: Python is known for its wide-ranging, expansive, and complimentary standard library.

Additionally, Python is referred to as a ‘glue language’ because it works with numerous frameworks, programming paradigms, programming languages, and protocols.

It’s that time again for another clarifying question!

What is a Glue Language?

Definition of Glue Language: A glue language is the glue that holds different kinds of software elements, platforms, programming languages, and more, together. It connects disparate pieces and allows them to work together cohesively in order to create something. This is where dynamic typing comes in handy.

More Questions: What is Dynamic Typing?

Definition of Dynamic Typing: To type dynamically is to execute code at runtime, thereby skipping the extra step to compile the code.

Python is an interpreted language, meaning it is translated to a format that a computer can understand at runtime. Accordingly, no compiling takes place with Python. Rather, the code is executed right away at runtime.

In addition to being an interpreted language, Python is an object-oriented programming language that employs the use of classes. Meanwhile, it does not offer names for variables. In other words, you don’t have to say what type of variable it is in order to use it. This brings us to a concept applied while using Python called ‘duck typing.’

What is Duck Typing?

Definition of Duck Typing: In order to properly define duck typing, allow us to explain the ‘duck test.’ If the object quacks and walks like a duck, it indeed a duck. This terminology is used within the realm of object-oriented programming because the object is defined by its properties and methods rather than its type.

The Perks of Using Python Are Endless! Here’s Yet Another: It has an easy debugging component. Python’s interpreter makes a bug an exception instead of giving an error message or breaking. No segmentation faults for Python! This adds an additional layer of convenience to the equation.

One More Rewarding Aspect of Python Before We Move On: Python utilizes garbage collection.

One More Question Before We Move On: What is Garbage Collection?

Definition of Garbage Collection: Garbage collection is the method of tracking every single object stored in memory, then ultimately disposing of objects that aren’t being used. While that definition doesn’t even remotely cover the intricacies involved in this process, it will do for the purposes of this blog piece. For more information about garbage collection in this context, we suggest looking up ‘First Generation Object.‘

Now we can move on!

Simplified Answer to the Question Above: Because Python is awesome.

Expanding On Simplified Answer to the Question Above: There are many ways you can use Python, and it has a multitude of functions. Python can produce projects both large and small, both highly complex and very simple. It is often referred to as a ‘general-purpose’ programming language because it can be used for close to anything under the sun.

Here are just some of the countless ways Python has been used:

Nearly every industry uses Python in some capacity.

And Now, a Tiny Bit of Python Syntax

The following statements will allow us to dip our toes into some Python syntax:

While Statement: This commands the computer to do something ‘while’ something is true, such as a circumstance or stipulation

If Statement: This tells the computer to carry out the task if a condition is met, a condition that you specify

Def Statement: Provides the definition of either a method or a function

Assignment Statement: Binds an object to an unnamed variable

Raise Statement: Commands the computer to allow for an exception in this specific case

In terms of mathematics, Python’s syntax includes operators such as +, -, *, etc.

A member of the ServerVendors Support Team, Dexter, provided us with this block of Python code in the Knowledge Base guide he wrote entitled “How do I Install and Run Python Code on a Linux VPS?.”Python

This code tells the computer to print “Hello, may I know your name?” on the user’s page, process the user’s input, then print “Hello, [The Name the User Typed]!” on the page. If the user typed in ‘Dexter,’ the page will say, “Hello, Dexter!”

If the user does not type in their name, it will just say “Hello” on the page based on the ‘else’ portion of the code block.

We’ll take a page out of Python’s book and keep this conclusion nice and pythonic.

Did you know Pythons are not venomous snakes? They don’t even bother to use venom because they don’t actually need it for survival purposes. Similarly, Python cuts out all the extra fluff involved in coding. Maybe that’s why so many multinational corporations employ the programming language. For instance, you may have heard of the companies Netflix, Uber, Dropbox, and NASA. They all use Python! In terms of the cool things made with Python, needless to say, the list could amount to a short novel.