How to prevent Facebook from tracking your browser history

Late on Friday, a U.S district judge dismissed a five-and-a-half-year-old lawsuit accusing Facebook of violating federal and state privacy and wiretapping laws. Although a victory for Facebook, this adds to the increasing concerns surrounding its handling of sensitive information and off-site tracking.

However, District Judge Edward Davilla was unmoved by these concerns, dismissing the lawsuit on the grounds that the plaintiffs didn’t show a reasonable expectation of privacy or any ‘realistic’ economic harm, reported Reuters.

In a ruling that would have a far-reaching impact, Justice Davilla wrote, “The fact that a user’s web browser automatically sends the same information to both parties does not establish that one party intercepted the user’s communication with the other.”

“Facebook’s intrusion could have been easily blocked, but Plaintiffs chose not to do so,” said Justice Davilla, adding that steps could be taken to keep browsing histories private by installing plug-ins or using incognito mode.

This is not the first time Facebook has encountered privacy concerns, in 2011 it was discovered that Facebook tracked user’s web browsing after they had logged off; the company explained that it was simply a safety measure.

Here’s how you can protect yourself from Facebook-related privacy violations in the future:

1) Opt out of interest-based advertising: Since 2014, Facebook uses web-browsing data for targeted advertising. Here’s how you can opt out in user settings: 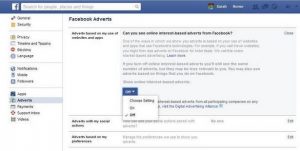 2) Install a VPN: A VPN will disguise your Internet traffic and encrypts your information making it unreadable to anyone else. Although there is an array of VPN providers, it would be wiser to choose from the paid options like NordVPN, KeepSolid or TunnelBear. However, VPNs tend to reduce Internet speeds. 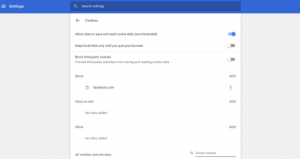